The Church of Saint Catherine of Alexandria in Galatina 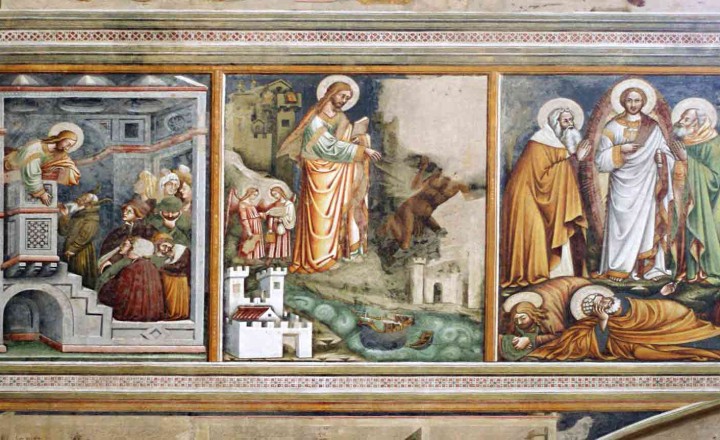 Hidden from overflowing manifestations of the Salento’s baroque there is a little jewel semi-unknown, the Church of Saint Catherine of Alexandria in Galatina.

Upon entering you will be transported to other places and other memories … a Gothic basilica in the heart of Salento! 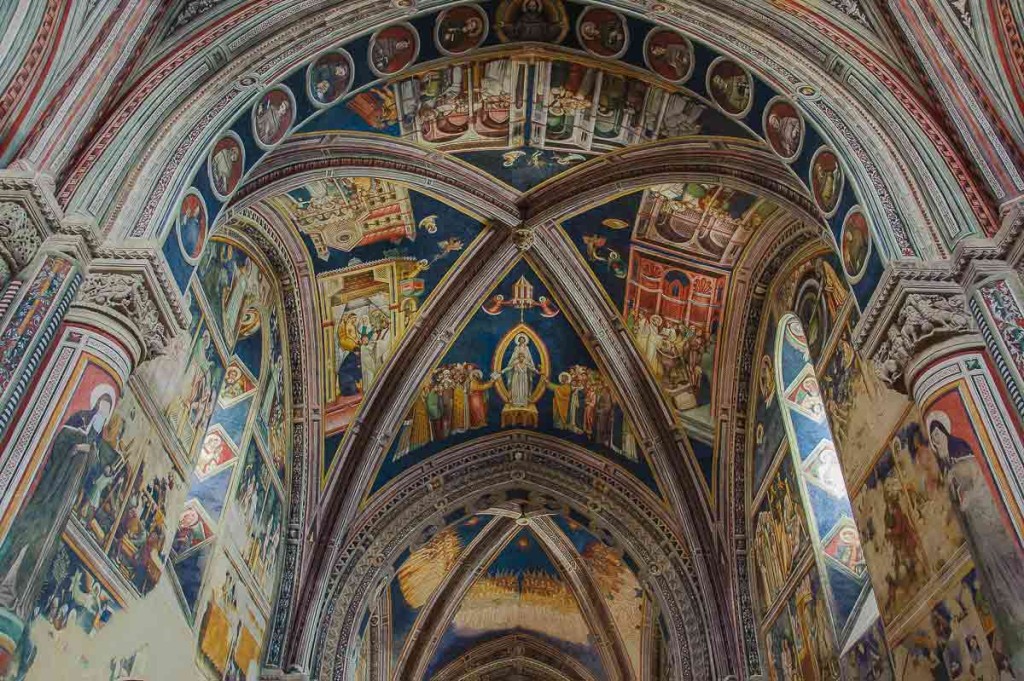 The walls are completely frescoed and remember the Basilica of San Francesco d’Assisi, stirring reminiscences Oriental, Neapolitan and Tuscan.
Exciting the lectio magistralis by Vittorio Sgarbi, some time ago, which you can see again video in a few clips:

Everything starts with Raimondello Orsini del Balzo that in the 14th-century visits the Holy Land and the Sanctuary of Santa Catherine d’Alexandria. Tradition says that he kisses the hand of the Holy and he rips a finger with a bite. Back in his apulian feuds with the precious relic, at the time the size of the principles was evaluated according to the number and importance of the relics owned and he wants to prove to be a mighty prince.
He decides to build a new church and a convent to devote to Santa Caterina (also in opposition to the Mother Church which is celebrated according to the rite greek while in this ritual will be in Latin) and donate to the order Observant.
The church was built in Galatina, in the heart of Grecia Salentina (greek enclave in Puglia), is a Franciscan church that never would expect to find in Puglia.
The frescoes that make it unique, are greatly desired by the Princess Maria d’Enghien, which she called a Galatina a court of artists from all over Italy but especially from Tuscany and Naples, they are heavily influenced by the works of Giotto, with a very specific purpose and that is what to arouse a sensation of “wonder” anticipating the same themes of Baroque architecture, in pictorial form. 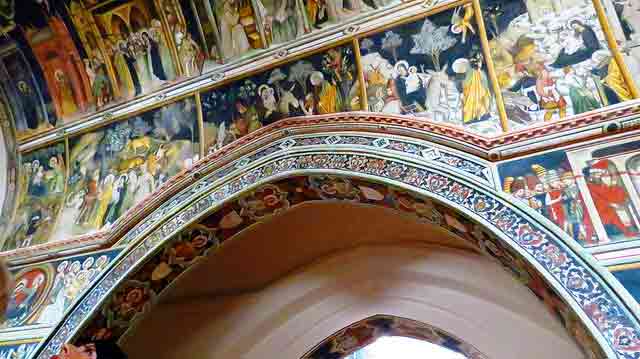 An ensemble of artists with various sensitivity and ability that they frescoed the church with a cycle of seventeen subjects, including scenes of the Apocalypse, Noah’s Ark, Genesis, the life of Jesus, the four evangelists, scenes of life Saint Catherine of Alexandria. Everywhere angels, archangels, cherubim and seraphim. A complex iconography developed in a unified manner by the Franciscans, theological counselors of feudal lords.

Also from the architectonic point of view, the Church of Santa Caterina has several original details, starting with the façade. Whoever remember the majesty undresses and rigorous of the Romanesque cathedrals or the luxuriant choreography of the baroque churches of Lecce, remains bewildered by the unusual façade with three cusps and the apparent game of contrasts and inharmonies far away from traditional Apulian ways to build and decorate. 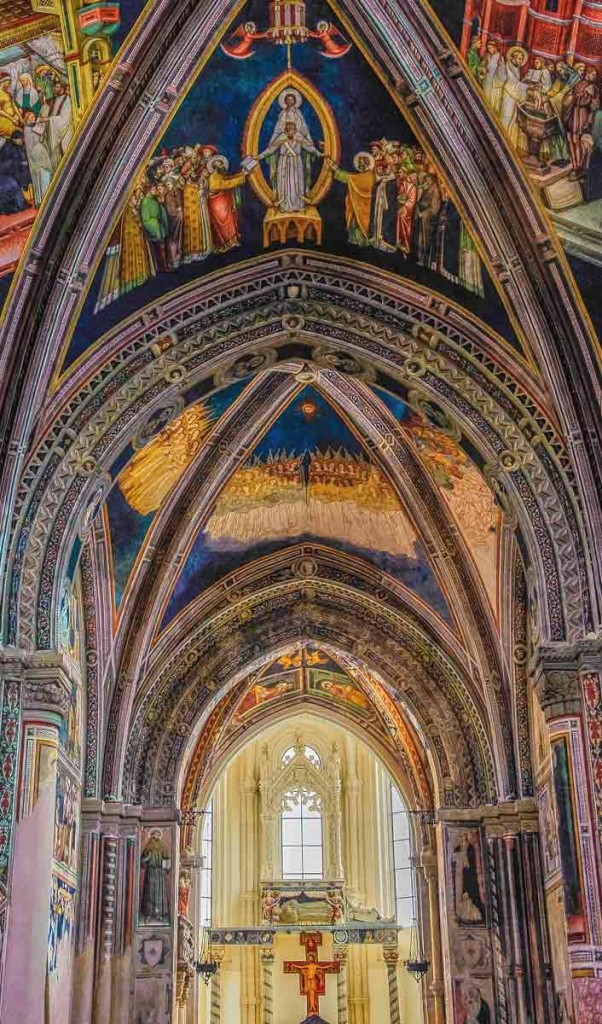 The restoration of the frescoes dating back to 2000, but from my studies of “architectural restoration” I also remember the important interventions of 1972, conducted by prof. Massari, which allowed of creating in the walls a barrier against moisture that it had damaged the frescoes significantly. A highly innovative intervention, although invasive, which allowed him to slow down the degradation that otherwise would have led inexorably total loss of the frescoes.

I hope that during the next holiday in Salento will not miss to visit it, but be careful with the schedules! The keepers are not very flexible and do not like to be made ​​a lot of photos, to preserve the frescoes.
Other information on Apulia’s Official Tourism Portal.